We value, we support, we network

The objective pursued by the Carinthian Cultural Foundation (KKS) is to make Carinthia visible nationally and internationally as a unique creative space with exceptional talents. We want to strengthen Carinthia’s identity as a province with innovative future strategies, in particular by involving the adjoining regions.

The Carinthian Cultural Foundation supports exceptional artistic ideas, talents and independent cultural initiatives; innovative, future-oriented projects; and productions that have an international outlook. Our support takes place primarily in the form of publicly advertised competitions. For these the Board of Trustees recommends the main focal areas and defines the mix of criteria for allocating the award. Projects are realised without a call for competition if especially short-term opportunities arise, but also in crisis situations. The projects must correspond to the purpose of the Foundation. The Foundation will document its activity via a website and by means of written publications.

The Carinthian Cultural Foundation wishes to be a platform and cultural ambassador that acts as a positive force in helping to shape the intellectual and cultural future and identity of our province. We are particularly keen to create forward-looking stimuli in the artistic and cultural sector. This can happen via the website, but also via expert symposiums as well as through collaboration with other foundations.

The KKS views itself as an independent and sustainable organisation. It initiates cultural sponsorship by the civil society, which takes place in addition to and independently of public cultural funding. It also wishes to bring together personalities and organisations that are well disposed towards art and culture.

The KKS does not view itself as an event organiser, but as an initiator and enabler of art and culture projects, and it makes its structures available for this. 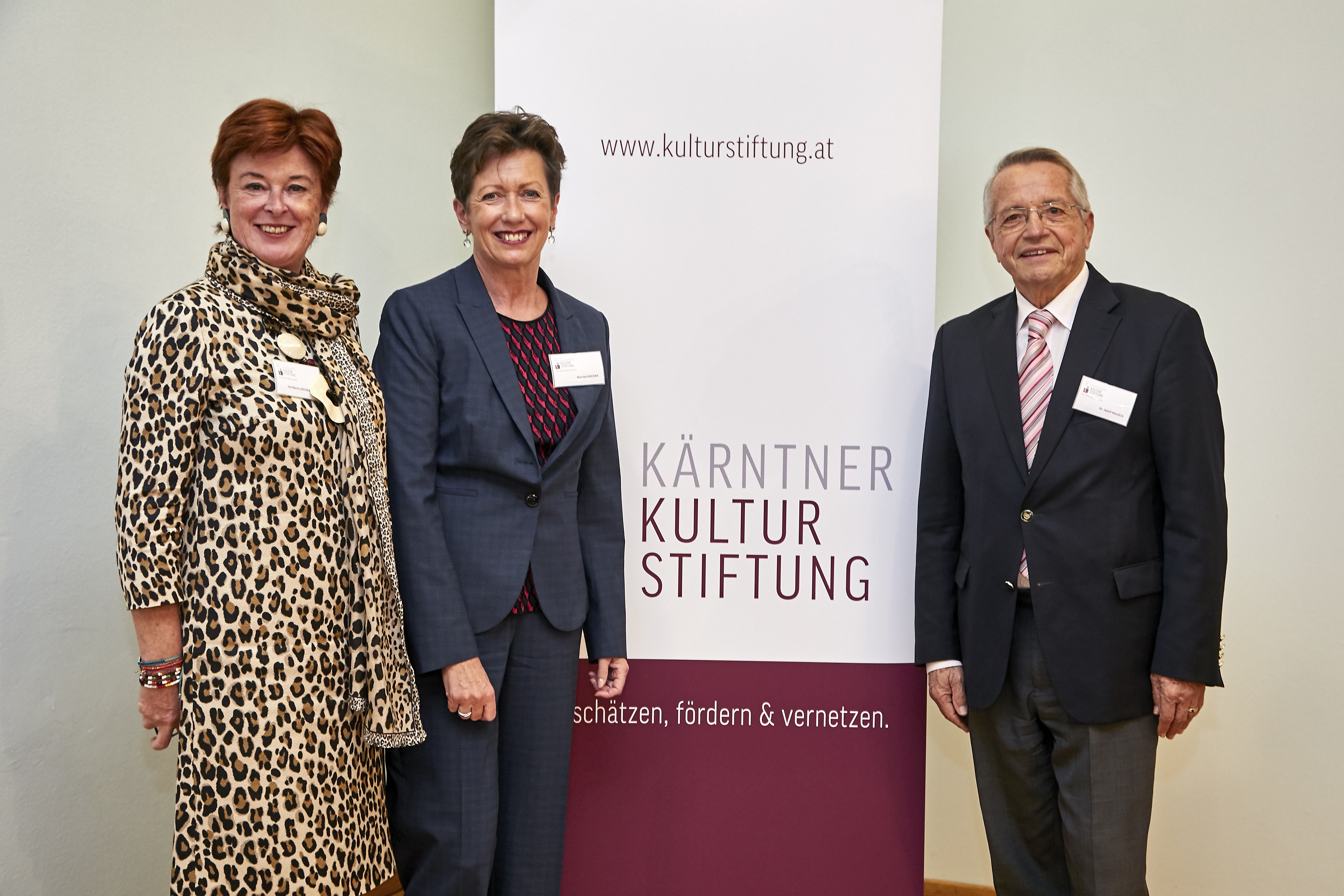 The Carinthian Cultural Foundation KKS was initiated by (left to right):

CEO of Infineon Technologies Austria AG for a number of years,

Chartered accountant, an expert on foundations, and Carinthia’s representative in the Austrian Association of Charitable Foundations

These three people represent the Carinthian Cultural Foundation externally as Directors of the Foundation, and exercise their activities in an honorary capacity.

The Board of Trustees 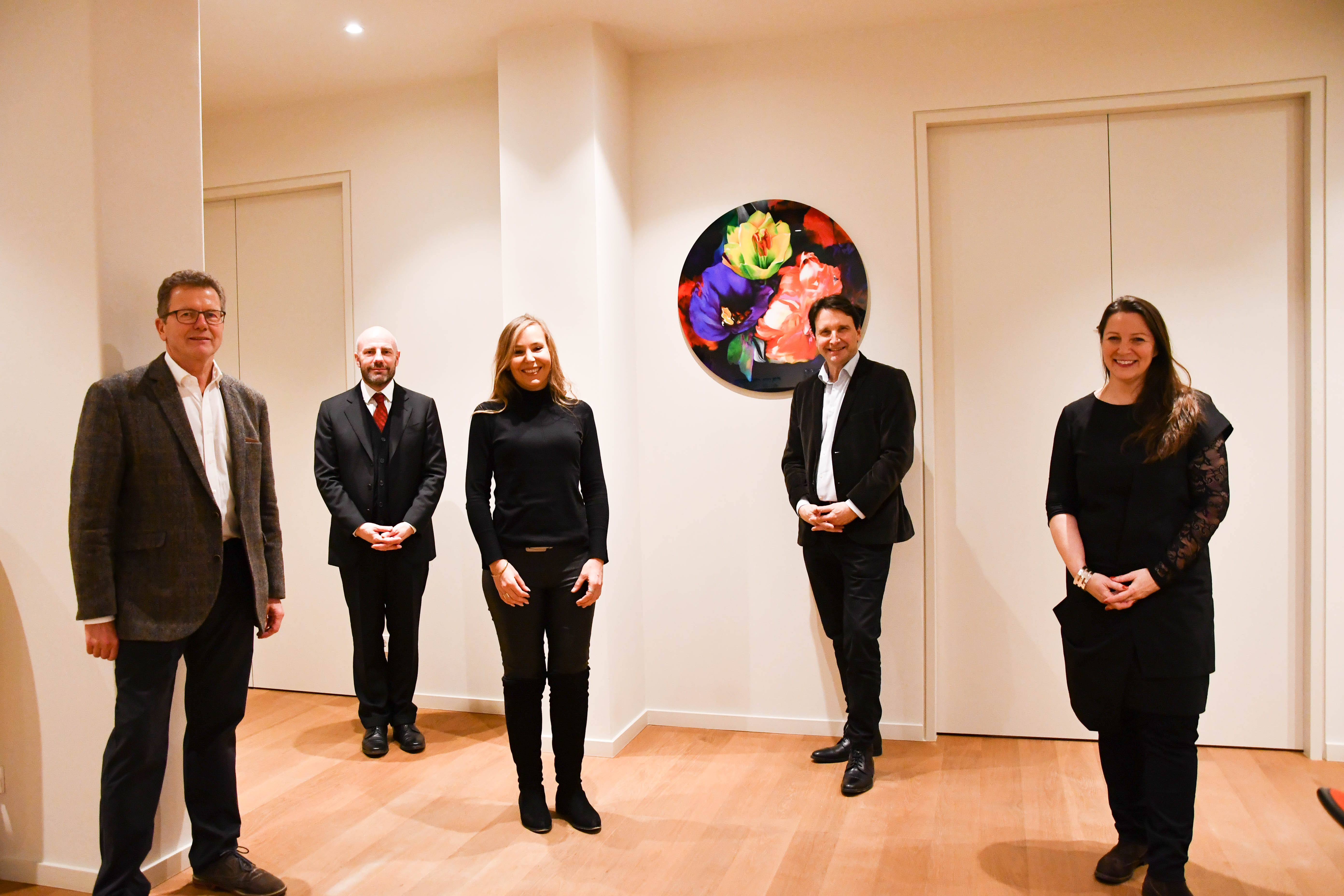 Dr. Wolfgang Waldner was formerly state secretary of the Ministry of Foreign Affairs of Austria, ambassador to the USA, and regional councillor for Culture in Carinthia. He also worked as director of the Austrian Cultural Institute in New York and the Museumsquartier in Vienna for many years.

Daniel Wisser studied German Language and Literature in Vienna and has worked as a writer, publisher and musician since 1994. His latest novel, Königin der Berge was awarded the Austrian Book Prize (Österreichischer Buchpreis) in 2018.

MMag. Julia Malischnig works internationally as a guitarist, singer and music educator. She established and directs the international guitar festivals "La Guitarra esencial" on the Millstätter See (Lake Millstatt) and "La Guitarra" in the Festival Theatre of Erl in Tyrol.

Chairman of the Board of Trustees

An internationally renowned board of trustees has been set up under the chairmanship of ORF-TV’s cultural director, Martin Traxl.

DI Tanja Prušnik is a freelance architect and artist who exhibits nationally and internationally. She is the first female director of the Vienna Künstlerhaus, and has held this position since 2019.

The KKS is financed by

and via further donations from the founders and third parties, bequests and other proceeds, supplemented by funding from the national and provincial governments.

The contracts with patrons, promoters and sponsors are individually adjusted to their circumstances and specific objectives in accordance with the attractive tax incentives pursuant to the Income Tax Act (EstG) and the Federal Foundations and Funds Act (BFStG), and are concluded for a term of three or more years.

The Carinthian Cultural Foundation invites companies, organisations and all citizens to become part of this idea, which transcends societies and countries.

We value, we support, we network
The Carinthian Cultural Foundation KKS